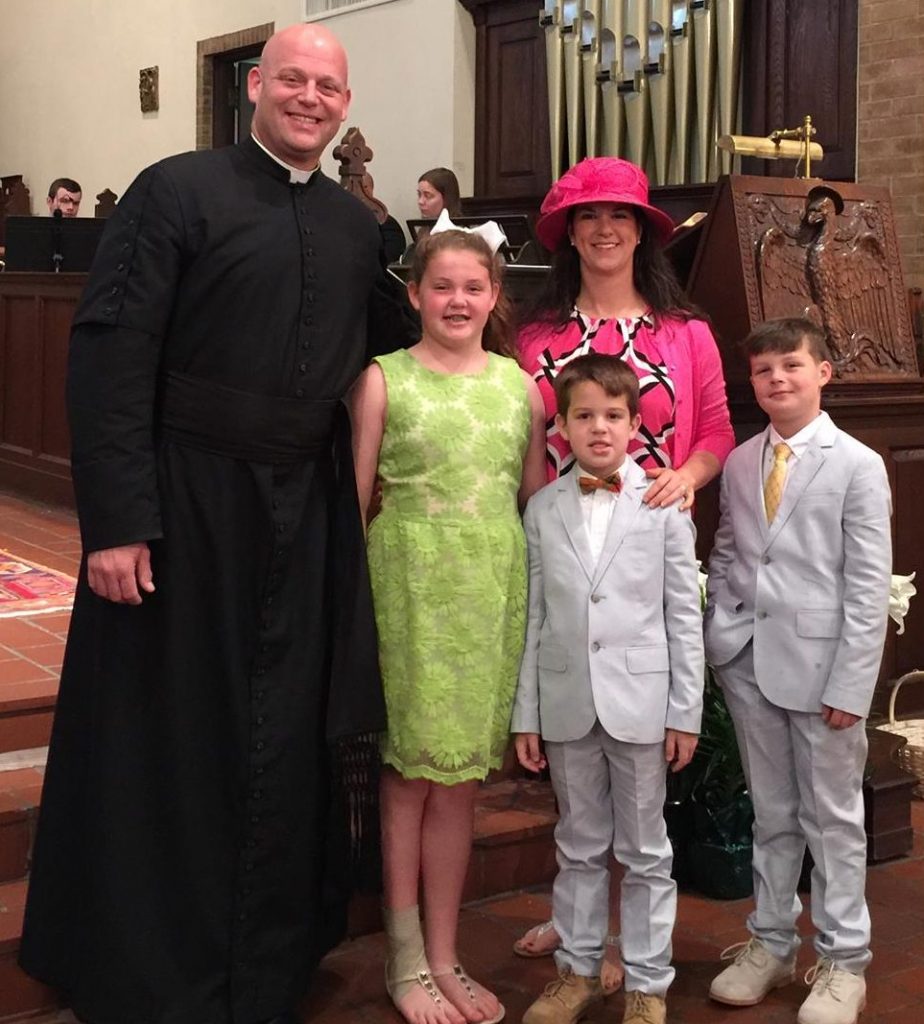 Greetings!  My name is Jeffery Walker Reich.  I was born in Rome, GA on April 10th 1972, and baptized at Saint Peter’s Episcopal Church on the Feast of Saint Michael. My family lived in several towns in Georgia before moving to Meridian, MS, where I graduated High School. I am a son of Saint Paul’s Episcopal Church, Meridian MS, where I spent my youth actively involved in the E.Y.C., and serving as an Acolyte.

I received my undergraduate degree in Agronomy from Mississippi State University and served as a Golf Course Superintendent in Atlanta, GA for four years before returning to Meridian to go through the discernment process to enter into the sacred priesthood. I attended Seabury-Western Theological Seminary in Evanston, IL. While in Chicago, and served at St. Paul’s by-the-Lake. After graduating, I was ordained to the sacred order of Deacons on June 19th, 2004 and to the Sacred order of Priests on The Feast of Saint Thomas, December 21st, 2004. My wife Catharine and I have three children: Mattie Grace, Thomas and Matthew.

I had visions of becoming a priest from the earliest age. I have always been actively involved in the life of the church and have served in many ministries, from youth work to manual labor and repairs. While in Chicago I worked with inner city children and Sudanese refuges, as well as handling many of the pastoral needs of the parish.

Before coming to Laurel, I was the vicar of Saint John’s Episcopal Church in Aberdeen, MS and The Church of the Good Shepherd in Columbus MS. I served these two cures for five years and learned a tremendous amount.

I enjoy teaching and preaching and consider my greatest duty and highest calling to be parish ministry. I understand the calling of the priesthood as being faithful, serving the altar, and loving and serving the parishioners sacramentally and sacrificially without fail.  In my off time, you can find me either with my family, or following in the footsteps of Saint Peter who “said to them, “I am going fishing.””

I am always available to answer any questions you may have about the Church, or should you need anything. Please contact the Church to speak with me or stop in and say hi.

May God bless you and keep you.